Fiocchi Large Rifle.(quite a while back) the folks at LuckyGunner.com asked me if I’d be interested in testing some large rifle primers by Fiocchi. They were willing to send me a sleeve if I would try them out and report on them – good, bad, or indifferent. I said I’d be happy to, but it would be some time before I’d get a chance to actually use them. I told them I would try them out in my Remington 700 5R with my pet load.
Well, that time finally came. Fiocchi Large Rifle

The Fiocchi primers are sold in sleeves of 1,500 rather than the industry standard 1,000. 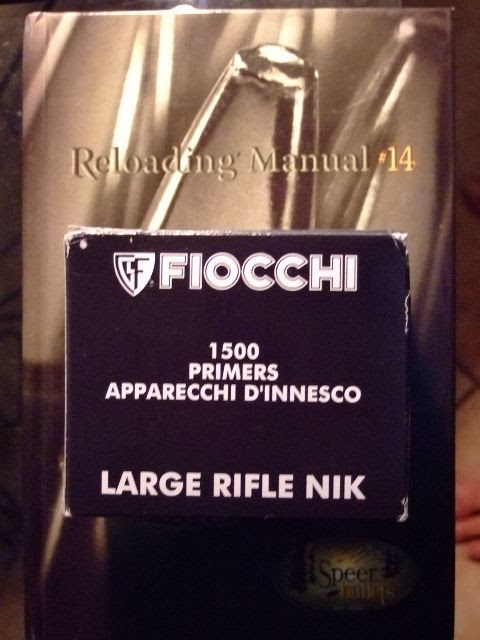 You get ten packs of 150 rather than 100. The packaging is compact and fairly handy. 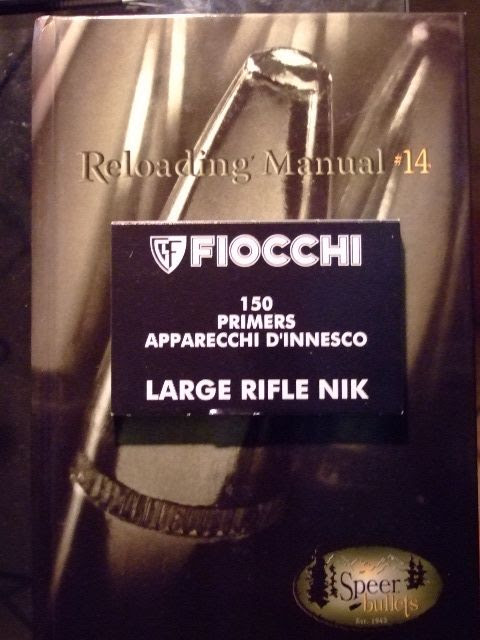 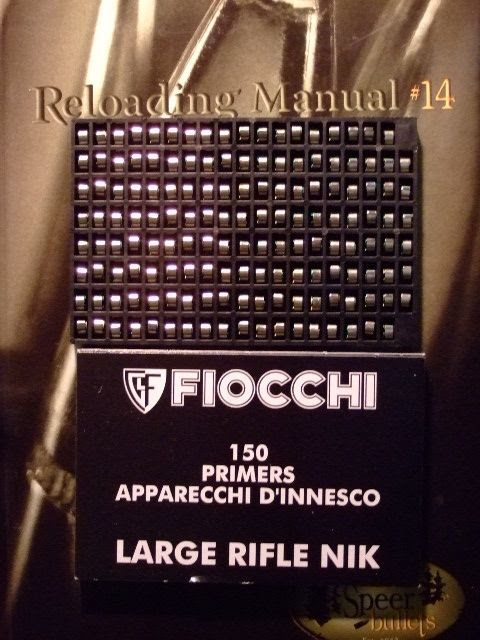 At the time of this writing, the Large Rifle primers go for $41/1,500, or 2.73¢ per primer, not including shipping and HazMat fees. By contrast, the CCI BR-2 Benchrest primers I normally use are $50/1000, or 5¢ each not including tax, purchased locally. Fiocchi Large Rifle

To prepare for this test, I decided I wanted everything as identical as possible. I had some Black Hills brass that had originally been the red box (new rather than remanufactured) 168 grain moly-coated match loads. I had reloaded this brass once with 175 grain Sierra Match Kings, so this would be the third time this brass had been loaded. I decapped and trimmed all forty cases to 1.950,” chamfered the inside and outside of the case mouths, and then ran them in my tumbler to make sure they were shiny clean. Afterward, I ran them all through my RCBS small-base X-die to resize them. Fiocchi Large Rifle

These had been fired through the 5R before. I could tell because they all fit into my case gauge already, albeit just a little tightly. After sizing, they fall in and out with ease, and have just a tiny bit of wiggle-room at the case head end. This is what I have to do to get my reloads to feed in my M25 gas gun. In addition to testing the Fiocchi primers, I wanted to see what the small-base sizer does to accuracy in the 5R as opposed to neck-sizing only, which is what I normally do when reloading for my bolt-guns. Fiocchi Large Rifle

After decapping, trimming, chamfering, and resizing the brass, I sat down and hand-primed twenty cases with CCI BR-2’s, and twenty cases with Fiocchi Large Rifle NIK primers using my Lee Auto-Prime. The all seated firmly and consistently, so dimensionally the Fiocchi primers are very uniform. Then, using my modified RCBS ChargeMaster (my technique with that particular device has been thoroughly revised since that post), I threw forty identical 46.4 (± 0.05) grain loads of Alliant Reloder-15 powder (Caution: use load data you find on strange web sites at your own risk!), and seated forty Lapua 155 grain Scenar hollow-point boattail bullets to a cartridge overall length of 2.80″ using my Dillon RL-450 press and an RCBS seating die. Fiocchi Large Rifle

(Note to whom it may concern: The only thing I’ve been given in this entire review is 1,500 Fiocchi primers donated by tactical-world.net. Everything else I mention in this post, I bought.)

Anyway, now that I had forty rounds of .308 that differ only in the primer used to light them off, it was RANGE TIME! I swapped out the Leupold scope for the Nightforce I bought awhile back, and I’ve had to play with it to get the right eye relief, but I think I’ve got it now. Still, I had to make sure the scope was on target, so I sat down and put my last eight rounds of Black Hills 175 grain through the rifle at 100 yards. Here’s that group: 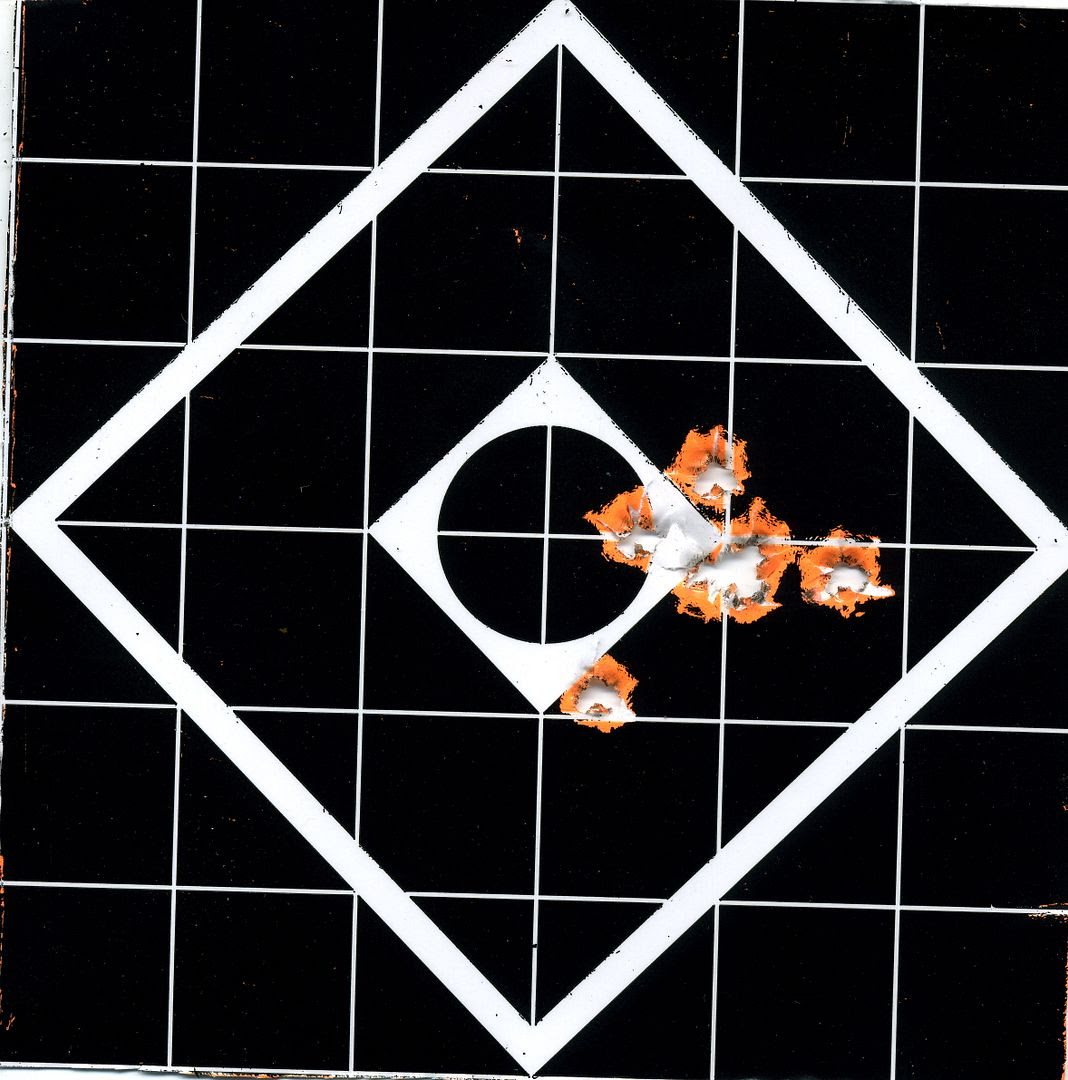 The low-center hole is the cold-bore shot.  Even including it, that’s a hair over an inch, center-to-center, and about what I’ve come to expect out of that ammo. Next I ran ten rounds of each test load over the chronograph, with a cooling off period between. Here’s the data:

Now, I’ve gotten this particular load under 10fps Sd using neck-sized Lapua cases, but those are still damned good numbers. Obviously, the Fiocchi is a hair hotter than the BR-2, but it’s every bit, if not more consistent. Fiocchi Large Rifle

There are no reviews yet.